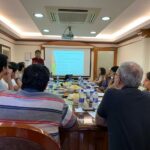 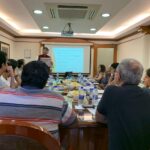 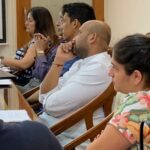 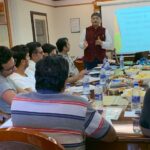 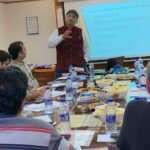 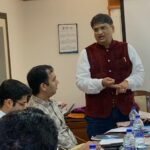 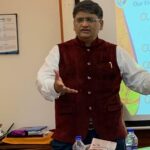 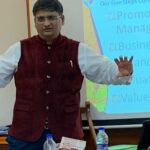 The uptick has been brilliant in quick time & the writing has been on the wall..read that as Company Notifications on the BSE & NSE in the past few months

So what’s the Big Deal ?

Big Deal is being planned to happen & that’s disclosed in the June 20,2016 Notification of SALE OF INVESTMENT for improving liquidity & reduction of debt purpose which is Item No 2 and relevant part extracted as below

“….to sell upto 100% of shares held by Indiabulls Distribution Services Limited, a wholly owned subsidiary of the Company (“IDSL”), in India Land and Properties Limited, a wholly owned subsidiary of IDSL, on the terms and conditions, including the consideration, which shall be more than the amount invested by IDSL, in such shares, as the Board may finalize”

This actually is the Sale of One Indiabulls Park,Ambattur,Chennai which was bought in November 2014 at @ Rs 600 crs from Madrid Based NRI Investor Harish Fabiani (he’s also invested in Edelweiss & Indiabulls Group Companies + others)

FY 15 also shows Goodwill on Consolidation of Rs 109 crs,most of which is related to this property acquisition by subsidiaries

Edelweiss ~ A Royal Flower in the Swiss Alps or a Lovely Classic Song from The Sound of Music or just another Indian Broking & Financial Firm !?

First many Employees,including Excustive Director Himanshu Kaji took the ESOP at Rs 33 in April 2014….then last week on June 12,2014 Rakesh Jhunjhunwala picked up One Crore Shares at Rs 55 in a BSE Deal with Greater Pacific Capital (GPC) Mauritius I & III LLC selling off and exiting completely now their eight and a half year stake after a part exit in 2010

Here are the FY 14 Results….Consolidated Topline  was Rs 2534 crs with Bottomline at Rs 220 crs….EPS was Rs 2.86….Networth was Rs 2729 crs with Reserves at Rs 2657 crs and Investment in Company’s Own Shares deducted from Share Capital & Premium….this Investment is through Rs 160.81 crs lend to Employees Trusts which has been used to buy Shares for later alottment under ESOP…The Book Value is Rs 35.5

In April the  board approved a buyback from the Open Market upto Rs 45/share and an aggregate of Rs 145 crs….This Buy Back commenced on May 5,2014

The Own Capital Employed at March 31,2014 was Rs 2729 crs  with most of it deployed in Credit Activity that included Retail Finance

Segmentation is into 4 Revenue Streams ~ Credit incl Retail Finance most of it in Housing Finance,Commodities,Financial Markets including Asset Management & Life Insurance….Most of the Revenues ,Rs 1885 crs to be specific ,are from Capital or Fund Based Business….Finance Costs were Rs 1540 crs in FY 14 read more

On October 5,2012 Emkay Global suffered a Loss of Rs 51 crs on squaring up trades that were executed from a Templeton order  punched in by a dealer erroneously in  more quantum than it should have been ~ the order was of a value of Rs 17 lakhs but the dealer instead punched in 17 lakhs nos  and the order value shot to nearly a Rs 1000 crs ! of which nearly Rs 700 crs was executed before the mistake was discovered and thus had to be squared off

NSE after an extensive investigation just rejected Emkay’s application to cancel all the relevant Trades of October 5,2012 early morning as there was material error in punching

Emkay has also send a notice to the BSE as below

“We are in receipt of NSE letter dated April 30, 2013 on May 01, 2013 late in the evening regarding the decision of the Relevant Authority of NSE on the application made by us for the annulment of the error trade of October 5, 2012. The Relevant Authority of NSE has denied our application for annulment of trades arising out of a clearly erroneous entry of sale order on October 05, 2012. The Company is considering various legal course of action including challenging the decision in exercise of its statutory right to appeal.”.’

Several years ago the Emkay Promoters had sought a meeting with me as one of their Broking Clients and my Advisory one had made a 600% + gains on his Portfolio inside a year and they wanted to meet with the guy whose advice did this ! ~ they had only recently set up a Research Team taking several analysts from a leading stock market media  house  and they wanted to tie up with me  ~ did not work out as I must have quoted too high I suppose !

…and it’s sad luck that Emkay did this deal on NSE and not BSE for BSE may just have helped them out given it’s past track record for doing so when during Broker Dominated Boards, EDs and Presidents have had to resign for malpractices ~ like opening the Exchange in the middle of the night to insert trades ! or else some brokers would have gone bankrupt on their positions ! read more

IndiaBulls Group is BILKING INDIA say Veritas ! ~ There’s more than Meets the Eyes on both sides !

Was prompted by an editor of a leading Media Financial Publication for my views on the controversial research reports generated by Veritas,Canada on Listed Indian Companies

Veritas is a Bear on IndiaBulls

BILKING is a strong word ~ Obtain or withold Money by deceit or without justification,cheat or defraud ~ obtain money fradulently

Neeraj Monga and Nitin Mangal,the Veritas analysts who have damned the IndiaBulls Group are seen as fearless crusaders by many as also foolish by some and with vested interests by quite a few~ their Motives are under the microscope in writing such a Damning Report ~ Veritas charges Signing up Clients an Annual Fee of US $ 50000 to receive such Reports ~ So Far these guys have damned the Reliance Group especially Reliance Industries and Reliance Communications,DLF and KingFisher ~ Their latest target has been the IndiaBulls Group

If you follow my blog you will not have to pay a single Dollar ! ~I’ve exposed quite a few Companies,including KingFisher Airlines ~ use the Search Engine to locate such posts

Check the tagline of my blog  ” In India,Companies may fall sick but promoters rarely do!”

When I wrote for leading Stock Publications in the past,for the benefit of Lakhs of Investors I have often exposed traunt listed companies and their unethical and fradulent  and manipulative operating and accounting practices~ Of course I’ve been threatened to be sued often until evidence is shown to the Companies and they back off ! ~ Scales and Stakes were in lakhs or a few Crores then unlike now where we are seeing hundreds and thousands of crores of rupees being raised in dubious ways and spend dubiously too ~ This Role of playing Watchdog  is the Responsibility of the Regulators and the Exchanges  ~ Let’s just say that only of late have they been bit by Conscience ! ~ otherwise only the small fry was fried ! ~ also the blatant and shameless rape of Investors by unscrupulous promoters and their network often has strong political patronage ~ and is supported by some in the mainstream  media,broking  and banking world Let me make it Clear though ! ~ I am not a Share Activist ! neither am I associated with any such Activism ! ~ the reason being the prime objective of any analysis I do of Companies in our Capital markets is to see if they merit Investment ~ my job is to make Monies for my Clients by investing in Winners and staying away from Losers or Controversial and Manipulated Companies ~ It’s nothing personal ~ I do not defame Companies ~ don’t really have to as many Promoters effect this Role well themselves ! But What I do do ! is caution readers of my blog on certain companies that I feel may strangle them ! ~ Karuturi Global @ 25 (now 4 ! and was touted by many as a multibagger on big stock channels as Company gave ads on these channels ) or Cranes Software @ 25  (god knows what it’s now)

What these Veritas Analysts are doing is nothing new ~They are Analysing and Interpreting Financial Statements and Disclosures questioning Controversial & Vulnerable Big Companies Motives and Gameplan in their Operations,especially in Corporate Restructuring Exercises that involve Valuations and Raising of Finance and the myraid structure of related entities involved that benefits from Inflated valuations that are even certified by renowned auditing firms ! ~ remember the infamous Maytas and Satyam Real Estate Valuation Report of Rs 6000+ crs by a Big Four Auditing Firm that was prepared in just one day to facilitate the merger of Maytas into Satyam to fill the hole of an equivalent amount !!! Check my many blogs on this in the category of ‘Satyam ~ The sordid Asatyam Saga’

Veritas Analysts are Tearing Up the way certain Revenues,Expenses,Assets and Liabilities are presented in the Financial Statements or simply not disclosed properly to reach conclusions that the Company is weaker or not as strong as the Statements Portrays read more