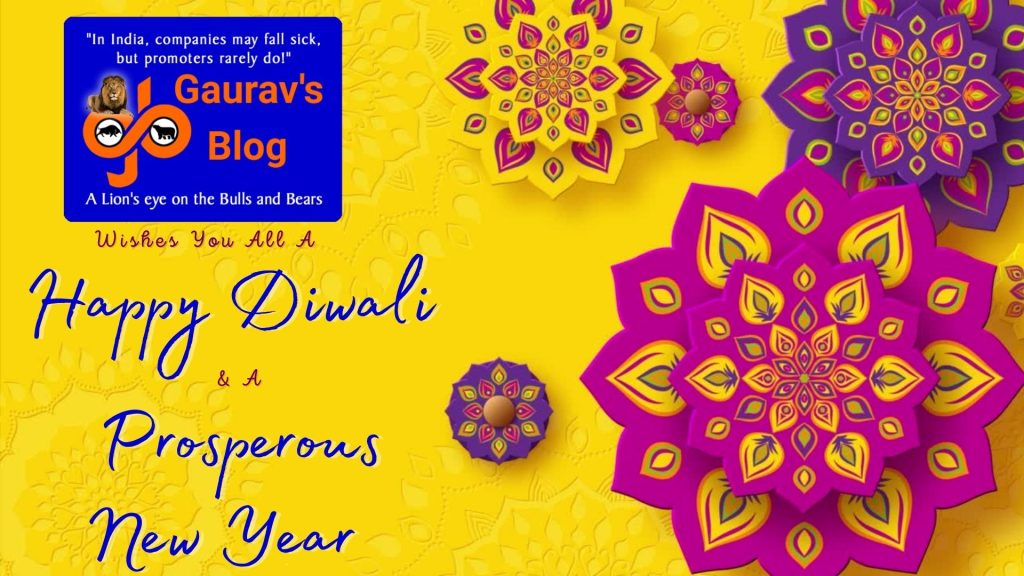 On Kochhars & Videocon is the ICICI Bank Board itself an NPA?

Neither my family nor me are shareholders of ICICI Bank or Videocon.

On Kochhars & Videocon Link Controversy is the ICICI Bank Board itself an NPA?

Caesar’s wife must be above suspicion

It’s always got to be Substance over Form, so we’re drilled into, while studying for Professional Accounting & Auditing Qualifications

So while the Form may be legit, albeit through a chronological maze of shareholdings changes & transactions, the substance of these have come into public glare recently on the alleged quid pro quo between Kochhars & Dhoots

While it remains to be established by investigative agencies & SEBI on any violation of disclosure norms & any conflict of interest and this quid pro quo between the Kochhars & Videocon on the Consortium Loan of Rs 3250 crs extended to Videocon by ICICI Bank in 2012, I raise this question to the ICICI Board as am concerned & angry to say the least, with this ‘Sense of Entitlement’ that continues to prevail in the upper echelons of our Institutional, Banking, Corporate, Political & Bureaucratic World. There are figuratively & often even literally Marriages of Convenience in these circles to strengthen the nexus. Perhaps a Competitor of ICICI Bank, like alleged even in controversies before, is again at play here… but the allegations are serious enough & the Bank’s Board has to be seen to really get behind all this before giving a clean chit. The Perception is that they are not doing so & the intent for this comes into question… more so after the response of the Bank’s Chairman on the current controversy to the Indian Express raises more questions than answered.

For me the Simple Question in this Matter that begs an answer is this :

Far from it, so there has to be more to it

There are other Alphabets in play too (these are elaborated later below), but the above should suffice to conclude that :

To jog your memory there is an age old link between the Kochhars & Videocon even before they initiated this 50:50 JV in 2008 in NuPower Renewables

In 1998, the infamous late Harshad Mehta of the 1991/92 Scam, through his Damayanti Group, had played up shares of BPL, Videocon & Sterlite in alleged connivance with their managements. Top Brokers too were involved as was the Shriram Mutual Fund. SEBI Chairman DR Mehta at the time in April 2001 had passed an order barring  Videocon International for Three Years from raising Monies from the Public in the Capital Markets & to pursue prosecution of the Directors, Mr V N Dhoot, Mr S K Shelgikar & Mr S M Hegde. They had appealed to the Securities Appelate Tribunal (SAT) who set aside the order in 2002  read more

Full House with all pretty knowledgeable & many market veterans from Mumbai,Dubai,Sangli,Kolhapur,Hyderabad,Thrissur & Gokak~from small Investors to High Networth ~from Broking,Corporate,PSU,MNC Banks,MNC IT companies & FPI fraternity too…from a confident 25 year old to a 60 year old who has seen it all & wants to see some more !

Great Interaction literally from 9 am to 9 pm ! & the Bulls remained alive & kicking on & around the Conference Room table throughout !

We covered them all & more!~Valuing on Assets & Earnings & assessing against Market Price ! ~ Demergers  & Delistings  & Rights &  Non Linear Earnings & Holdings & Acquisitions & New Parentage & Turnarounds & Changing Dynamics in Sectors & Themes like in PSU Banks again! & the GST Impact…& of course hopelessly hanging on to Wealth Destroyers & even averaging in them over the years !

Corporate Tambola too was fun with prizes for three full houses & instant chocolates to those who correctly guessed the companies…A Special Praise for Hemal,who had enquired if this workshop would be for Beginners,& turned out guessing many companies !

Some other prizes too for some fabulous answers…like the hilarious one from Daya that I should seek another session,this time one to one ,with the pretty girl who had emailed me a query to clear a concept which was not a financial one…she had asked my views on whether Marriage was necessary in modern times & should not ‘live in’ be good enough ! Daya’s response brought the house down!

Vijay Desai,a clear market veteran, won  for being the best participant with some great interaction right throughout read more

At the previous Funda workshops in June & August 2017  we thread-bared Bombay Dyeing at Rs 70 to assess Value Vs Price in the price range of Rs 70 to Rs 85 & participants got excited to lap it up….in months it raced away to Rs 300 & now stands at Rs 250…of course Markets have been kind too…we had covered over 50 companies across sectors like Yuken,Rama Steel & Grauer on Valuation through Assets & Earnings & Situational Studies like M & A, Delisting & Turnarounds & the outcomes have been quite enjoyed by most participants as the feedback shows……. for what’s Academics & Theory without Action & Application

As Usual there’s already a good mix of participants from retail to HNWI & from FPIs, broking houses,PSUs  & MNC Banks….coming even from overseas & outstation for this Mumbai Workshop

Do try & make it….will be fun interacting fun-da-mentally with all of you on Re-positioning & Reinvestment Risks & on Corporate Governance & Controversies as we play the Corporate Tambola and exercise other Mind Gums on the Magic of Compounding & the holding of Convictions of Fundamental Selections through even steep market corrections especially if fully invested !

Even Warren Buffett’s Berkshire Hathaway’s Equity Portfolio has taken a US $ 11.2 billion hit ~ of course he’s not bothered ~ should you be when closer home we continue to be suckers in Company Price Run Ups where Quality is clearly suspect & where our PSU Banks continue to reel under the weight of NPAs with SBI announcing a huge Q 3 Loss,the first in many quarters, because of this ? ~ Capitalisation & Consolidation process is on  ~ are PSU Banks potential wealth creators going forward?

Hey ! Here’s the Announcement that’s been eagerly awaited for the next Mumbai Fundamental Equity Workshop after Full Houses in June & August 2017

At my last August 2017 Workshop the Sensex & Nifty were at 32300 & 10000 levels.They’re up 10%+ since then in six months but the magic has been in Specific Scrips which have recorded life changing surges if you were only invested in them !

For illustration when guiding on Valuation with regards to Non Linear Earnings Potential  in the June & August Workshop I had the participants engage in a Valuation exercise for half an hour on Bombay Dyeing at Rs 70 to Rs 82 levels & draw conclusions with some convictions.It raced away to Rs 300 & it’s now at Rs 250 levels ~ yet over 200% inside six months…of course Markets have been kind too in this period

In the August Workshop we played out a 20% CAGR scenario over 5 years to explain the Magic of Compounding.We used Yuken at Rs 1877 as an illustration taking into account it’s financials,past,present & future potential.If at 5 years in 2022 it would reach Rs 4670 it would give this 20% CAGR.It’s up 150% absolute touching Rs 4700 today inside 6 months ! …Life Changing Wealth Creation in Equity is simply the Magic of Compounding in a right Selection based on the Valuation leg of the Equity Table

What Now? What Next?

Or should we simply care about how to grow serious wealth through direct equity in Indian Markets & protect it while growing it ? That’s what this Workshop is about read more

Insider in Panacea Biotec~up 30%~but Exchanges let it go!

All Prices in Rs

BSE did seek a clarification from the company on  the morning of January 16,2018

& of course Panacea did send it a reply the same day

“Further, the Company believes that there is no pending information/ announcement which in its opinion may have a bearing on the Volume behaviour in the scrip of the Company”

BSE of course, as is bound, put up this clarification for public view on their website

Wow ! because then promptly two days later on January 18, 2018 the Company makes a big Announcement being delighted to announce a collaboration through two long term agreements  with Serum Institute of India Pvt Ltd  & it’s subsidiary  for two Vaccines which have huge Global Potential

This too is signed by Mr Vinod Goel.I’m sure he has a good explanation for this & I for one would love to hear it.Did he not know about the Collaboration just two days before he announced it ? Nah! ~ Of course he was not obliged to disclose it on January 16,2018?…but he could have worded his January 16,2018 clarification better

The Volumes on NSE of course are larger than BSE

In light of the big announcement by Panacea on January 18,2018,just two days after company claimed there is no pending information or announcement that could have affected Volume behavior the Exchanges must follow through with Panacea on this .It’s also easy to bring up who brought the shares of the company from January 15 to the morning of January 18,2018 before the Public Announcement of the tie up

They obviously knew before hand

That’s why the Price has moved past Rs 300 this morning with view that these vaccines could be game changers and literally life savers for Panacea if they achieve Scale Sales as potential declared in the press release as above.a ‘beaming’ Mr Adar Poonawala of Serum Institute says it’s a historic deal as the release states.Dr Rajesh Jain of Panacea too is buoyant read more

Scooters India up @ Rs 75~You may have shunned it on reading the Oct 12, 2017 BSE Investor Protection Fund (BSE IPF) Commissioned Report

Why have I questioned it as farcical?

Well…who selects which Company should be covered in such Reports by the BSE IPF ? For in Scooters India the Performance really is secondary at this juncture,even though their Vikram Three Wheelers have got a market share in UP at least where they are manufactured near Lucknow  ~ what is moot is the proposed disinvestment & the assets,including land of 125 acres, that goes with the company  ~ Valuation is essentially ultimately a factor of Earnings &/or Net Assets

The Point is that any Report that the BSE IPF commissions to serve the Investors ,needs to be impactful & serve the purpose for which it has been commissioned

It is not,of course the job of  the Preparer to give a View to Buy or Hold or Sell the Scrip being commented on & their statement & disclaimer covers this in the report.They have rightly stated that this is not a recommendation & the purpose is to only make available publicly information to the readers in an easy to read format

As an illustration take this October 12,2017 Report on Scooters India covering the June FY 18 Quarter Overview

The Performance was clearly sub par & any reader would not have looked to seriously consider Scooters India in their portfolio…more so as it was also,I believe, in the double margin XT category then on the BSE…in fact if any held it,they may have considered to dispose at the Price levels of Rs 41 then

Well there are three reasons for this & in my view ,it would have been great if at least the first should have been mentioned in the October 12,2017 report prepared under the Initiative of the BSE IPF

As I keep reiterating at my Value vs Price Fundamental Valuation Workshops that the Key to Fundamental Evaluation is RELIABLE,RELEVANT & TIMELY Information & Data & Good to Great Interpretation thereof read more