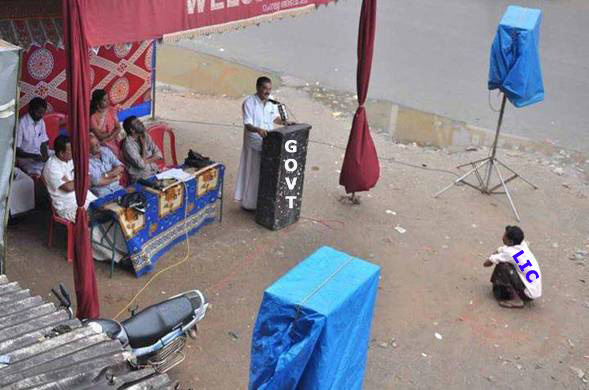 ONGC 5% Stake Disinvestment ~ Government’s ‘On The Road’ Campaign with LIC the Sole Listener !

The Congress led UPA Government had announced a Disinvestment target of Rs 40000 crs in the FY 12 Union Budget…..It simply was a Non Starter

Now with the Union Budget Address scheduled for March 16,2012,the government hurriedly ordered a 5% Equity Stake Disinvestment in ONGC

On Offer were 427.7 Million Shares of ONGC.The Floor Price was kept at Rs 290 ~ Premium to the Traded Price….The Disinvestment was through an Auction Process with Competitive Realtime Online Bidding on the BSE and NSE

The Poor Response from Investors was clearly a rejection to Subscribe to the ONGC Issue and there was danger of the Auction  being declared a Fiasco and the Disinvestment in ONGC being cancelled….This would have been a slap in the face of an already pressurised government which is tackling a huge current and fiscal deficit that has led to high levels of Government Borrowing to fund these

So what does the Government predictably do !?….It turns to LIC and SBI and is strongly perceived to have ordered them to not only bid heavily but also above Rs 300 !…Tch! Tch!

The Issue sails through with LIC and SBI bidding…the weighted average price is Rs 303.67 thanks to the PSU saviours

For the record,Technical Glitches on the Exchanges are given as reason for undersubscription and lower bids received…SEBI is asked to investigate the cause for this

LIC’s tagline in TV ads is ‘Why go anywhere else !”….Our Government simply and literally agreed !

The Moot Question is not whether ONGC is worth Investing in or not !….but Fingers are being pointed at the Government for shamelessly just playing musical chairs with PSU Funds…from one to another !…the Government needs to be reminded that PSU Funds are those of the PSU Corporate and have to be applied for efficient returns…just because it holds majority shareholding it cannot throw caution to the winds and use PSU Funds,especially those of LIC,as it’s own to do as it pleases

ONGC needs a change in Professional Management to run more efficiently…just a change in shareholding by government chipping away periodically some % of it’s holdings will not do…How does it benefit ONGC !…government yet holds @ 70%  in it…so next time it needs some more monies when budget deficits refuse to be tamed,watch out ONGC,some more of your shares will be up for sale by the Government ! read more