They say there is Intelligence leakage when Government keeps defending their inability to find sustainable Economic solutions …I disagree !…there has to be Intelligence in the first place for there to have been any leakage !….pardon me for being unkind here…but it truly is frustrating when India continues to squander it’s resources

Sensex is Low ~ Rupee is Low ~ WE ARE LOW ! ~ Inflation is High ~ Current & Fiscal Deficit is High~ Oil Prices are High….FII and FDI Trust Deficit is High…..and yet the Government continues to be on the defensive and keeps claiming pyrrhic victories of GDP Growth rates and Employment Plans and record Foodgrain Production and High Fx Reserves…and after years now admit Global Macros are severely impacting us !….and our near 80 year old  FM,addressing the Rajya Sabha at length today on the state of our Economy keeps living in the Past, referring to past History of 1948 and 1952 and late 1960s …and that another Committee may be formed to look into current Economic issues !….Good Lord ! yet Another Committee !…suddenly the FM  seems to have realised Stark Reality…talks of being pragmatic,realistic and keep eyes on the ground !….earlier there was a psychosis prevalent…ambitious PSU Disinvestment was budgeted…as were lower deficits and higher growth….none achieved….never would have been,when targeted in the first place !….repeated assurances were given as to India remains a Growth Story and not to worry

Now the Government tells us it is a worrisome and anxious economic situation that India faces….Why could they not have been Honest in the First place rather than giving false reassurances…either it was deliberate or it was a lack of vision and intelligence to realise this !

Where are the selfless Economic and Political Luminaries and Visionaries ! ?…India desperately needs you’ll now more than ever !…to bring back on Track of Economic Prosperity a derailed Economy !

Pranab’s Powerless Budget to Remain in Power !….Budget Speech is yet going on….over 1 hr 45 min….he remains standing while Sensex sinks from positive (up 100 points) to negative territory from yesterday to current 17600 levels

Fill in the Blank by Choosing the correct Option

Answer is 7….this was his 7th Budget and it came without any 7 year itch !

I hour 50 minutes and Pranab ends his Budget Speech at 12.50 pm….as I had blogged yesterday I did not expect him to announce any path breaking or reformist anoouncements….I’m so sure of this mindset of a 75 + year old….Old School….Protectionist…Intend on Politicians,Parliamentarians and Bureaucrats retaining Control of Our Indian Economy which is really trying to break free to tap the great potential that India has….just look at him !….Gandhi Family Loyalty !…one more Rajiv Gandhi Scheme…this one offer Tax Breaks in Equity  to tap Retail Investors…this segment has lost serious principal in equity ! you think they would be bothered with new tax breaks !…..also retaining 51% Government Stake in PSUs while announcing a disinvestment target of Rs 30000 crs for FY 12/13…in other words Government will continue to majority own PSUs and also retain managing them and their continuing Inefficiencies !

DTC should be implemented soon…no date given

GST could come in by August 2012….heard this one before !

Food Security Bill to be fully provided for ….This is Sonia Gandhi’s pet…wonder if the  announced 2% of GDP Subsidy Target can be adhered too !…also the huge incremental of Rs One Lakh Crores in Agricultural Credit outlay to a record Rs 575000 crs may sound good…but given the scammed history of government machinery in context of leakage and corruption ,I fear and I daresay,the Government has provided more Funds for misappropriation !     read more

Immediate Take on the Union Budget

Nothing much was expected from this Budget and our FM met these expectations…..I had not expected any Amnesty Scheme or bold vision or dramatic reform announcements….too many pressures and pulls and compulsions being faced by this UPA Government currently

Markets were however buoyant from Morning and post budget speech Sensex surged over 500 points at one time reaching 18297 prompting me to alert clients that these gains will reverse….they did by over 400 points in the last hour or so,although Sensex closed up 122 points….more a relief rally really + some short covering

…with inflation high he had to put monies into the hands of the People…his Direct taxes sops will lose Rs 11500 crs for the Government….he is recovering these from Indirect Taxes

…..he seems to have misunderstood what we wanted for our Infants and Women !…he has reduced the Excise Duty on Diapers and Sanitary Napkins from 10% to 1% !

He also seems to have worked backward to put a lid on the fiscal deficit….gave a % & number to it…4.6% of GDP at 4.12 lakh crs,lower in % terms but slightly higher in absolute terms than this year, and then adjusted other heads !…for example subsidies ,especially fuel look too low at Rs 23000 + crs

….he has targeted 9% GDP Growth rate for 2011-12….looks challenging as in 2010-11 we have seen 8% + every quarter…and Corporate Earnings may be impacted next fiscal year as Interest Rates remain high

….and the Deficit will continue to be funded by strong Government Borrowings of Rs 3.43 lakh crores…with this pressure and high Inflation  expect Interest Rates to firm up some more !…they are already at 10% levels

Markets got an unexpected  positive in that FM announced that Foreign Nationals that meet KYC norms will be allowed to invest in Equity Schemes of SEBI registers Mutual Funds….this opens out a whole new class of investors to tap…..KYC norms would mean these Foreign nationals would require PAN numbers

Direct cash Subsidies to Below Poverty Lines Indians for LPG,Kerosene and Fertilisers in a good first step to eliminate malpractices in subsidy distribution….UID is yet a year away to use as an efficient platform for financial inclusion and distribution of resources   read more 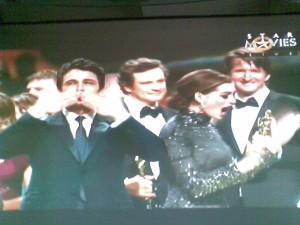 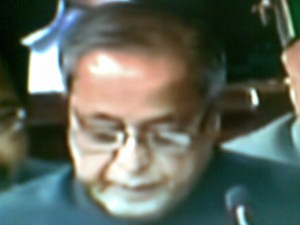 A new week commences as February ends…Got up early to watch Live on ‘Star Movies’ the 83rd Oscars Awards Presentation Ceremony….new and younger hosts in an attempt to make the Oscars youthful and livelier and more ‘yo’ and ‘wassup’…...James Franco and Anne Hathaway…Great Actors…not so Great Oscar Hosts…needed host of earlier years Billy Crystal and some Award Winners and Award Presenters like Sandra Bullock to pep up the evening…. Colin Firth won Best Actor in a leading Role for ‘The King’s Speech’…This superb Movie had Twelve Nominations and won Four Oscars for Best Original Screenplay,Best Director,Best Actor in a Leading Role and Best Motion Picture….The King,Colin Firth’s subtle English wit when delivering his Gratitude speech for winning stole the show and showed why the Queen’s English remains up there ! against rebelious American Slang

Now I’m hearing Live, and I must confess not to eagerly as I did in the past,to a near Octogenarian,Finance Minister Pranab Mukherjee…he’ll turn 76 this year…delivering  Ointment for our Economic Woes in his Union Budget…Tightrope Walk…Pragmatic or Populist ?…..Challenges of  Inflation,rising Oil and Food prices,Deficits, Corruption and Governance issues,Internal and External Security Concerns….let’s hear what he has to say…….

In the Morning the Sensex and Nifty were up marginally…as the FM began his speech at 11 am,they remained positive…90 minutes into his speech,at around 12.30 pm and around the time the BJP decided to walkout,the Indices gathered fast momentum and he Sensex rushed towards 400 points rise and  16600 while the Nifty sought over 100 points and 5000