Promoter Group of  Vedanta Ltd has proposed a voluntary de-listing at an indicative offer price of Rs 87.50~are the over 7.3 lakh minority shareholders from Alibag !? …apologies to the people of Alibag

Promoter Group Company Vedanta Resources Ltd,London has conveyed to listed Vedanta Ltd that the Promoters  want to buy out minority shareholders of Vedanta Ltd at an indicative price of Rs 87.50 !

Look at the speed !

What Haste ! ~ stinks of a foregone favourable conclusion in favor of promoters ! ~ this would mean SBI Capital Markets will have to submit it’s due diligence report inside just  five days for the Board to consider on Monday,May 18,2020 !~ Ridiculous ! ~given the constraints of the Covid-19 crisis lockdown how will they accomplish this given the restrictions ~ due diligence goes beyond reviewing just the documentation handed  by the company to them or whats’s available in the public domain ~ reminds me of the time the Deputy Director of the Company Law Board (CLB) had scathingly remarked at a CLB Hearing  in the Satyam & Maytas Properties  Scandal of a decade ago as to how could the leading audit firm E & Y could have done the Property Valuation of Rs 6523 crs in just one day !  You can read this amusing 2009 blogpost of mine here

Why is Rs 87.50 a ridiculously low indicative price to de-list

There are numerous arguments for this but what is most compelling and which amounts to significantly short changing the minority shareholders is the value of  Vedanta Ltd’s holding in listed Hindustan Zinc :

Segment Performance of Vedanta Ltd for the nine months at December 31,2019 read more 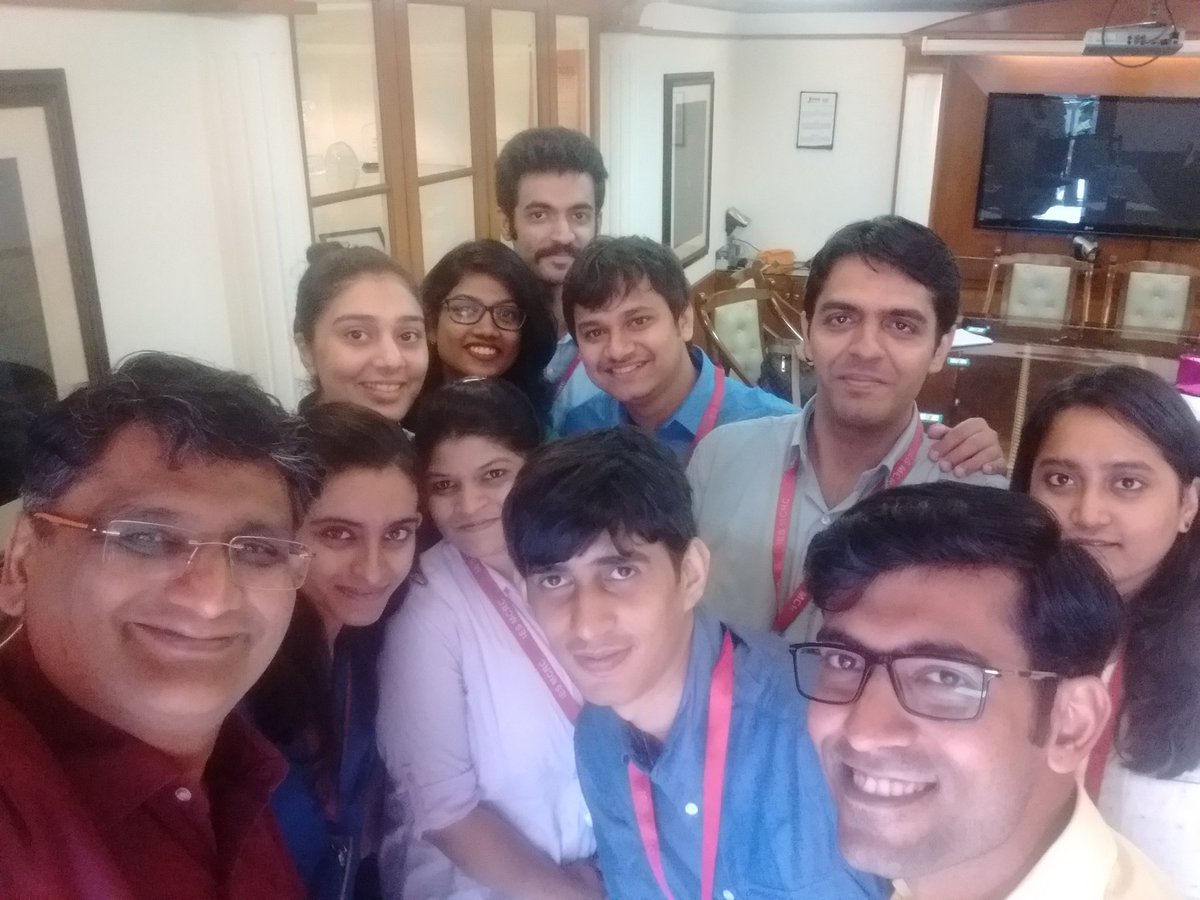 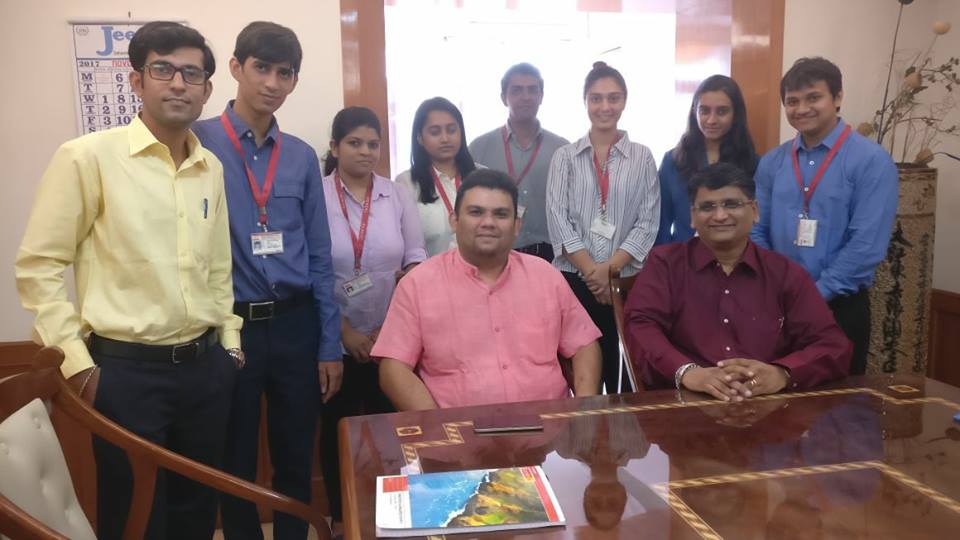 It also happened to be Children’s Day yesterday….always keep the child within alive

It was a pre lunch session for an hour or two…covered… Insider Trading & Integrity…Chasing Passion & not Paisa…seeking good mentorship & being with fun people,to learn from the best like a sportsperson…to evolve

…Oh ! & of course how to spot pedigree companies & people …mentioned a few of them to highlight Controversies & Corporate Misgovernance &  when to give a second chance too!…to read & read & read & then again read some more

…spoke of Richard Branson & his book ‘Screw It ,Just Do it’ that changed my opinion of him to one of respect…how both of us have one thing in common in that he has cheated death several times on his adventure trips while I have too but not out of choice in health issues,Sahara sandstorm,BSE Bomb Blast & a car accident

….to trust to grow,to see the best in people,to B+ which also is my blood group which they knew having read me up before coming across….to be decisive & responsible…be curious to expand knowledge…be vibrant…attract people to you,who love being around you….share,not be arrogant,let the E-go

At the start itself posed a question to them ” What did you notice is or is not there in my office?”…a few answers came forth like “No Noise” or “Less Staff” or “Open Glass Cabins”…Yeah all of these but what I was seeking was ” No TV with Stock & News Channels blaring away” & it did come from one eager young gentleman who was promptly rewarded with a gift

Financial Technologies (FTIL)  @ Rs 144 (FV Rs 2)~ A Story of Guts and Glory now Guttered ! ?….though Jignesh Shah ,the Founder Chairman and MD of the FTIL Group (MCX,NSEL and others)states this in his message in the FY 13 Annual Report “….these are tough times the Company is facing and Financial Technologies is making all efforts to come out of such situation”

I don’t own any shares of the FTIL Group but I do have some very good friends and associates who work for it and are extremely wise and forward thinking and manage the FTKMC admirably and who graciously invited me for the MCX Equity Exchange Launch at Hotel Trident where our FM,Mr Chidambaram in his inaugural speech lamented Insider Trading and Speculation but amusingly went on to sound the gong for the Exchange’s first and symbolic Future trade !

Media has justifiably gone to town on the NSEL and FTIL Group Plight ~Realms can be written on this and am sure a Best Seller Book too will finally be published to reveal what went wrong ! and was it a deliberate sinster plan right at the outset ! ~ and what is the extent of Political patronage at the highest level that’s keeping the Group alive and kicking till now !

For Now this is all that I’m going to say…….

However today the Share Price intraday dropped over 10% to Rs 140 levels as yesterday on the eve of the AGM the Auditors Deloitte Haskins & Sells has announced that their report of May 30,2013 on the standalone and consolidated results of FTIL results as on March 31,2013 should no longer be relied on !

Remember the Satyam fiasco and how the Auditors Pricewater House had released a similar note warning that the last 39 quarters of their audited results should not be relied on ! ~ this went all the way back from 2009 to 2001 !

FTIL owns nearly 100% of the troubled National Spot Exchange Ltd (NSEL) which is embroiled in a Rs 5600 crs payment crisis ~ there is more than meets the eye in NSEL ~ FTIL has already lend Rs 173 crs to NSEL to fund payouts to smaller investors ~How in Hell did this hole in NSEL go undetected for so long !? ~ the answer is suspected to lie in that there was hardly any internal control and deliberately so ~ there was no eternal regulation worth mentioning~ the Operators or Borrowers,the Exchange Administration,the Directors and FTIL as the near 100% Owner  were all seemingly colluding parties ~thousands of crores of borrowed monies were created for the benefit of just a chosen few ,and some were director related parties,through scheming financial structured products,supposedly backed by physical comfort of commodities in warehouses ~ these products were aggressively hawked to high networth investors by a network of brokers,including leading names like Motilal Oswal,Anand Rathi and India Infoline, for a few additional interest points and rolling commission or brokerage ! ~ Most of these funds  are suspected to be diverted away from the exchange read more

Returned late night from Bengaluru at 1 am in the morning as Flight was delayed after delivering a two day Equity Workshop at the weekend…the  eight in a series for a Broking House…It was pouring as we drove to the New Airport,50 + kms away from the City…but we had a Mad Max Driver who drove as if his life,and ours !, depended on it ! weaving at 100 kmph through stranded cars in the fast flooding roads ! and despite incessant rain whipping the windscreen…paid a ridiculous Rs 260 User Fee to access the Airport

Had gone earlier on Thursday,to spend two days at a friend’s 75 acre farm, 20 kms outside Bengaluru,on the fringe of the Bannnerghata Wildlife Park…what a great break !…could hear the silence !…had friend’s three dogs ( Small Datschund and Large Dalmatians!) all over me…Elephants and Monkeys destroy crops and so commercial farming becomes a tedious affair …tried to spot a Gharial in one of his four water harvested ponds on the farm…it had probably slipped in from the forest through the canals….relaxed company , great organic food,fresh vegetables,fresh mangoes,fresh coconut water,fresh jackfruit and fresh rains !…too short a break,though !

Then switched to workshop mode on Saturday Morning….It was truly satisfying…When I threw the House open  for any questions on Sunday ,prompt came the first one “When will you come back to Bengaluru for your next workshop !?….Thanks! Karnataka and Andhra Pradesh ! for some great participation

We had some fun discussing Valuations of Reliance Industries,Satyam and Reliance Power and even Jaiprakash Hydro among others companies…and am glad you’ll were genuine in your reactions when we played the Integrity,Insider Trading and Irrational Behaviour Scenarios

Now you know how Mumbai,Vadodora and Rajkot got excited  on Reliance Ind Valuations in March and April 2009  at Rs 1100 to Rs 1300 !…maybe I should have come to Bengaluru first !

So all of you know what is the appropriate Valuation Basis to use for Satyam…and how you can make some money on it ,based on an event based risk in June 2009 !

You are now acquainted with the Valuation Risks of Reliance Power at Rs 180 and Jai Prakash Hydro at Rs 70 !

Shanteeth,I hope we do get to 23000 + on the Sensex in 2009 itself, as you aggressively suggested at the outset of the workshop based on Technicals…though  I showed you why it looks highly improbable on Fundamentals !…glad you loved the Book I gave you “Screw it ! Just Do it! ” by Richard Branson…now pass it on so someone else enjoys it too ! read more