It’s another Sunday and I’m humming……..

“Sunday Morning up with the Lark…I think I’ll take a walk in the Park….Hey ! Hey ! Hey! It’s a beautiful Sunday “….This Daniel Boone Song reverberates and resonates in me every Sunday 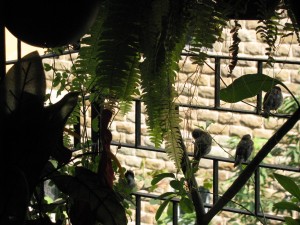 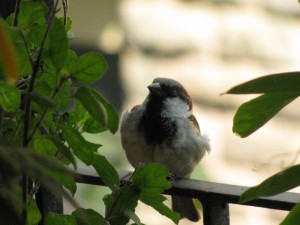 Not one…Not Two….but Five Sparrows were enjoying their Sunday too among my Plants…what a  lovely and soothing sight

There is yet some hope for this concrete and traffic snarling and polluted jungle city of Mumbai…..so what if these sparrows peck at the Tulsi Leaves and other plants…They are fast disappearing and are becoming an endangered species as we human predators destroy their habitat

Do these little  dull coloured birds chirp or twitter ?…sounds more like a twitter…wander what they were twittering about !?…perhaps agreeing with each other that if “these humans destroy our habitat,the Sensex will destroy theirs ! ”

Two Walls Break Down….one celebrates Capitalism and the other Capitulates it !

19 Years ago The Berlin Wall Broke Down to unite East and West Germany and Capitalism Celebrated…..Now in 2008 Wall Street has Broken Down to Capitulate Capitalism !

…… that a US Court upheld that a leading US Brokerage House pay a record anti-trust settlement of US $ 1.03 Billion to Investors who had sued for manipulation of Share Prices on the Nasdaq

Remembering our Family Doctor and Friend who passed away 16 years ago this day…..

It was the late Dr K L Mirchandani who our family grew up with…He was our Family Doctor,being on the IndianOil Panel and IndianOil was where my father retired after 30 years of service

He stitched a nasty cut on my left palm when I had fallen in school….he painstakingly removed each and every glass fragment from my face when the Football hit me on the face shattering my glasses when playing for my College at the Oval Maidan…he tended ,like family, to my late father during his three strokes…Often,my father would seek his counselling on matters that were not medical

His Clinic on Peddar Road in Mumbai is now a Florist Shop…There was always a Bowl full of sweets on his table and which he always offered me…when I shyly took one,he would insist I take some more read more