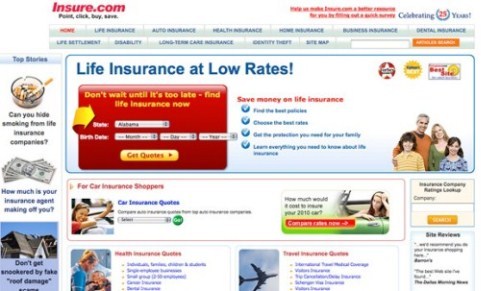 Hey ! In 2009, California-based Internet marketing firm QuinStreet bought insure.com for $16 million, setting a new record for the most expensive domain name. It was previously held by sex.com, which sold in 2006 for more than $12 million, as was reported by the Guardian……recall the mad hysteria to capture and sit on domain names as investment some years ago….should we again get into this game ! ?…but most generic names have already been captured in original purchase and also in secondary purchase for actual use

Wonder what www.gauravblog.com is worth ! ?….I’m led to believe (don’t anyone dare say it’s a false notion !) that one popularity parameter is the Number of Spam you receive on the blog…..and I’m  approaching a lakh spam comments in the two years + since it’s been launched !….I’m also told the Google search engine powers my blog right up there when one is searching for Controversial and factual analysis on Indian Listed Companies

For the record my blog to date since launch in July 2008 has content of  618 posts,including this, and 33 Pages created in 83 categories and sub categories with 1336 tags and 11 widgets