She is so excited that she is to teach,albeit only this month, that she has prepared extensively and passionately for each and every topic from Fungi to Genetics using Videos and self made Humorous Presentations

We are so proud of her in her thinking and actions and are grateful to her Biology Teachers and the School Principal for having faith and trust in her to give her this wonderful opportunity to teach these higher standards  ….she just finished appearing for her ISC Std 12 Board Exams herself  last week on March 27,2014 last week and while many of her 18 year old batchmates and  friends were justifiably(some would argue here!) welcoming freedom and letting their hair down in Goa and elsewhere ,this young woman was preparing excitedly to go back and teach in school  and passionately looking forward to it !

“Dad,you know I’m feeling a bit nervous” she revealed in the car while being dropped off to School for her first day of Teaching

I too was filled with Nostalgia and I told her ” Darling,when I gave my first training lecture on Fundamental Analysis and Equity Research at the BSE Training Institute way back in 1990 I too had butterflies in my stomach even though I was confident and knew I would add great value and make the participants enjoy!…it’s been a really great and fulfilling and passionate journey since then and money was never on my mind….you can make a computation mistake but you must be a domain expert on the concepts and on facts”

“Dad,that’s perhaps called ‘Fight or Flight’ syndrome” she explains” Your sympathetic nervous system is activated to respond”….“and it is part of Biology too!” she cheerfully tells me

This William Arthur Ward quote came to my mind instantly which I conveyed to her “The mediocre teacher tells. The good teacher explains. The superior teacher demonstrates. The great teacher inspires.”

May Goddess Saraswati,the Goddess of Learning and Wisdom and Arts bless her eternally

Feeling Good ……would prescribe such weekends to & for everyone for evolving a healthy mind ,body & soul

“Yes!” was the quick and emphatic answer by Professor Richard Dawkins to a simple but deep question ” Would the World be a Better Place if Religion had to disappear tomorrow!?” posed by an incisive and intense Anchor Mehdi Hasan in a brilliant show on the Al Jazeera TV Channel with a receptive and intelligent audience that asked some great questions to the Atheist and author of influencing books like The God Delusion  ~ to another question Dawkins proclaimed that it was a Doctrine of Despair to think that we are stuck with Religion for Eternity ! ~ We don’t study Thor or Jupiter any longer ~  Roman & Greek Religions have all died ~ so ,he hopes,will the ‘Son of Abraham’ says he !

Here’s a Richard Dawkins quote from The God Delusion :

There is something infantile in the presumption that somebody else has a responsibility to give your life meaning and point… The truly adult view, by contrast, is that our life is as meaningful, as full and as wonderful as we choose to make it.”

Here’s another from the same Book :

“Let children learn about different faiths, let them notice their incompatibility, and let them draw their own conclusions about the consequences of that incompatibility. As for whether they are ‘valid,’ let them make up their own minds when they are old enough to do so”

You too have a Great Sunday

Inspirational Quotes from Rick Warren,Author of  The Purpose Driven Life: What on Earth am I Here for?

Rick Warren is the founding pastor of Saddleback Church in Lake Forest, Calif., one of America’s largest and most influential churches. Rick is author of the New York Times bestseller “The Purpose Driven Life.” His book, “The Purpose Driven Church,” was named one of the 100 Christian books that changed the 20th century. He is also the founder of Pastors.com, a global Internet community for pastors.

“Time is your most precious gift because you only have a set amount of it. You can make more money, but you can’t make more time. When you give someone your time, you are giving them a portion of your life that you’ll never get back. Your time is your life. That is why the greatest gift you can give someone is your time. It is not enough to just say relationships are important; we must prove it by investing time in them. Words alone are worthless. “My children, our love should not be just words and talk; it must be true love, which shows itself in action.” Relationships take time and effort, and the best way to spell love is “T-I-M-E.”

“Frankness is not a license to say anything you want, wherever and whenever you want. It is not rudeness.”

“Those who follow the crowd usually get lost in it.
I don’t know all the keys to success, but one key to failure is to try to please everyone.”

“Resentment always hurts you more than it does the person you resent. While your offender has probably forgotten the offense and gone on with life, you continue to stew in your pain, perpetuating the past. Listen: those who hurt you in the past cannot continue to hurt you now unless you hold on to the pain through resentment. Your past is past! Nothing will change it. You are only hurting yourself with your bitterness. For your own sake, learn from it, and then let it go.”

“Your value is not determined by your valuables, and God says the most valuable things in life are not things!”

Kaka,just as you soothed Sharmila Tagore in Amar Prem with the classic ” Pushpa,I hate Tears ” I can hear you constantly echo to me as you move to Heaven ” Gaurav,I hate Tears !”

Aradhana,Amar Prem,Anand ~ What a ‘Safar’ ! ~ For me these ‘A’s tower over the other Superstar ‘A’ ~ and I was a young kid under 10 when he delivered these Classics in 1970 to 1972 and I was hooked onto him ~ He walked straight into my heart with his Screen Songs ! I’m a Romantic and clearly inspired by Rajesh Khanna’s Romanticm

He walked straight into my heart with his Screen Songs ! I’m a Romantic and live the Combination of Legendary Singer and my No 1 ,Kishore Kumar and my No I Hero ,Rajesh Khanna ~ a Classic duo that gave some of India’s greatest Songs

He courted some of India’s most beautiful women on Screen ~ Sharmila Tagore,Hema Malini,Mumtaz,Asha Parekh,Tanuja,Tina Munim but swept and was swept away by the overnight and just 16 year old sensation Dimple Kapadia in ‘Bobby’  who he married

An Era has ended  but the Legend will Live On ~ He died many times in his Movies ~ he acted in 163 in all ~Kati Patang,Amar Prem,Anand,Aradhana,Safar,Mere Jeevan Saathi,Aaan Milo Sajna,Haathi Mere Saathi,Saacha Jhutha…..and Now He’s now No More with us on Planet Earth read more

Music Truly and even  Miraculously Heals !

Adele’s Song wakes up a girl from Coma !

What a Lovely Inspiring and Keep the Faith Real Life Story !

” If Music be the Food of Love,Play On”

We had this Play in our English Literature Syllabus way back in Std VIII  ~ way back in the early 1970s ! ~ This Opening Line remains immortally etched in my Memory since then ! 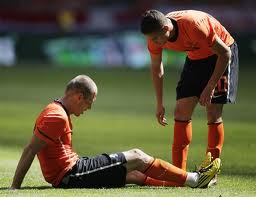 Never Look DOWN on anybody unless you’re helping them UP

… an offshoot….. Always be Good to the People on your way UP for you’ll meet them on your way DOWN

PS: In lighter Vein, don’t look DOWN on our Sensex… just Help it UP !