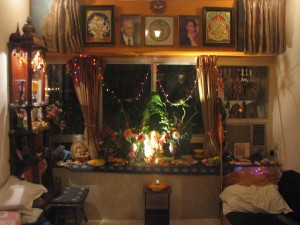 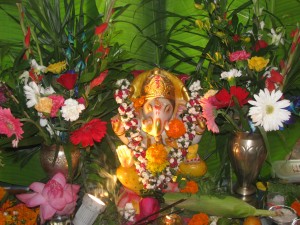 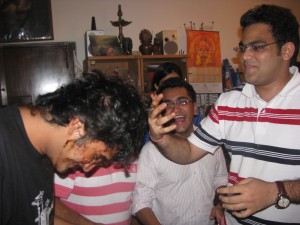 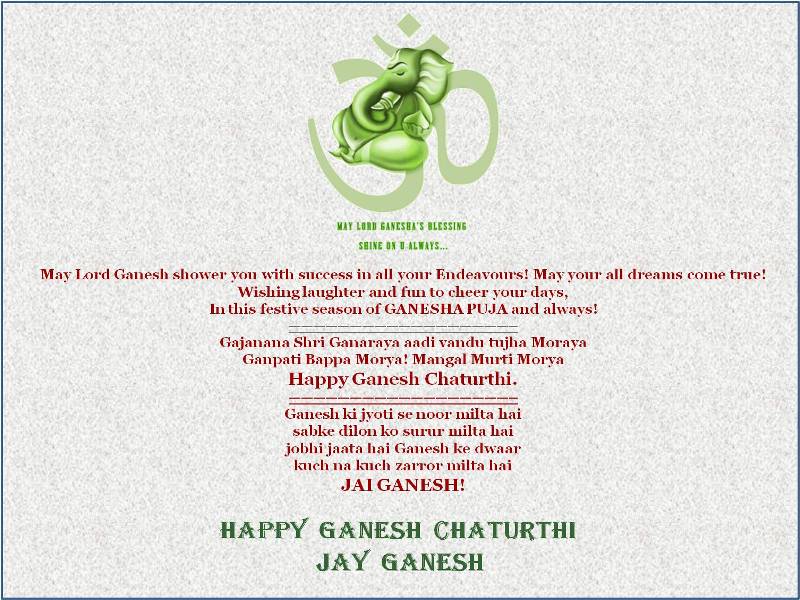 Thought I would give my brief observations on all of the above queries from blog viewers…..am reproducing both viewers queries and my brief responses  as this seperate blog post for wider and easy viewing

Dear Sir ,
What about Birla Power Solution Ltd ,which is near Rs 1 /

Hi B R Reddy…thanks for your response…this specific blog post listed ten scrips between 20 and 30 and what you think they would be in 2012 if sensex is between 20k and 30k….A few years ago I had cautioned on Birla Power Solutions….I had a quick relook at it at par Rs 1 as this is the FV too …..Volumes are currently 15 lakh shares though average six month daily volumes are 75000 shares…. 52 week high/low is Rs 2/Rs 1…but margins and profits are very low…profits are in a few crs though sales crossed Rs 230 crs last year and will have crossed Rs 250 crs for FY 2011…amusingly it declared a 1:5 Bonus last year as well as a dividend of 7.5%…it carries debt of over Rs 100 crs while funds tied up in Debtors and Inventories last year aggregated over Rs 175 crs..Sales were Rs 238 crs….currently manufacturing portable gensets and engines for gensets it now plans to enter the field of power generation through two subs Birla Energy Infra Ltd and Birla Urja Ltd…it needs funds…has constantly….has raised Authorised Capital to Rs 425 crs….With Profitability in single digit Rs crs and Equity at Rs 215 crs,don’t expect any dividend for FY 11 that just passed….if they do foolishly declare one,they will have to dive into GDR proceeds of earlier years to distribute,if any are yet available….while I feel the downside is 75 paise,any uptick from here will be more on momentum,hype,sentiment and anticipation and blind faith in a Birla Company rather than on fundamentals…Yash Birla Group companies do not command much respect or premium on the bourses or in business…another of his group companies is Birla Shloka ….it is just Rs 15…it has a 52 week high of Rs 94 and the FPO in Jan 2010 was at Rs 50 for a FV Rs 10 share….if you wish to make monies in Birla Power, don’t depend on fundamentals to support upmoves from Rs 1….more likely on collective hype and hope…Cheers !

whats your view on tulsyan NEC

Amit……Tulsyan NEC suffered from a very high Debt…over Rs 220 crs last year from a Total Capital Employed of Rs @Rs 285 crs…recent 2:1 Rights Issue at Rs 49.50 will triple Equity to Rs 15 crs and move Networth to Rs 120 crs…this will reduce Debt Equity towards 2:1…..Consolidated Turnover is Rs 876 crs for FY 11 but bottomline is a mere Rs 9 crs because of the high Interest outflow of over Rs 32 crs…they also faced huge Power cuts…40% in FY 10…affected capacity utilisation…they also faced some price hurdle to source sponge iron….they have since bought out a 35000 MT Sponge Iron Manufacturer Chitrakoot and are setting up a 35KV Thermal Power Station…Steel sales account for near Rs 700 crs of the turnover…rest is poly packaging synthetic division sales…it is a dividend paying company…65% + equity is held by the Promoters….I see little downside from here….Trading Volumes are low….would keep it as a ScripWatch rather than ScripSelect right now…Interestingly Market Cap is only @ Rs 70 crs on enhanced capital with share price in the mid Rs 40s levels…it remains a small company in this sense…sold 1.5 lakh ton of Steel and @ 12000 t on Packaging…has over 1500 employees …..will get re-rated only when Debt levels drop significantly to Rs 100-Rs 150 crs range and therefore Debt/Equity to 1:1….Keep a watch …..Cheers read more

Ofcourse I want India to win…..but I don’t want a Close match…we should thram Pakistan at Mohali tomorrow….coz I don’t want my heart to go too much ‘dhak dhak’ nor do I want to pull my hair in frustration !

….strong memories emerge of my cricketing life in Bahrain while I was with a leading Global Audit Firm….Cricket is my passion and I have captained school and played for my colleges ….so when I got an opportunity to play for the leading Indian Club in Bahrain in the 1980s,I was thrilled…every Friday we had matches and  believe me they were extremely competitive..we had Clubs and Teams that were predominantly  either Sri Lankan,Indian,Pakistani or English….and a few players had represented even their country or states……and so we all played to win on matting wickets…. and whenever we clashed with the top Pakistani Team there were fireworks…even violent behaviour at times…it was War out there !…and I vividly remember how we beat them in one Final and I was instrumental in the win….the first time in 17 years that we had beaten them in the Sadiq Cup,a tournament that they themselves conducted !….. our Club was kept open all night  for celebrations !….later we were rewarded with trophies and cups and gifts and even gold coins by leading Indian businessmen and even felicitated by the Indian Ambassador…and once when we were winning in some other Final,the Pakistani supporters simply could not accept this situation and so hundreds of them simply converged onto the field while the match was being played !….the Cricketing Council,dominated by Pakistanis,adjudged both teams as joint winners !….I remember I was the bowler when the crowds invaded the field and  Murtaza Ali Baig, the brother of ex India Cricketer,Abbas Ali Baig leading me aside when fights with stumps and bats  broke out and telling me to merely be a spectator…a lot of our Club Team constituted members of the ‘Thattai Bhatia’ community……. they fought back when provoked…..was aghast at this unsporting and unruly and violent outbursts from Players and spectators…on top of the blatant umpiring bias we had to contend with !….too many negative emotions pent up cross border…sad !…should not be so….    read more

The ICC CRICKET ODI WORLD CUP 2011 is being hosted by India,Bangla Desh and Sri Lanka from February 17-April 2,2011…The Opening Ceremony is in Dacca on February 17,2011,which will also host the first match of the World Cup between India and Bangla Desh on February 19,2011 with the Finals in Mumbai on April 2,2011

Sri Lanka  will host 12 Matches at Colombo,Hambantota and at the Pallekelle Stadium in Kandy which includes one Quarter Final and one Semi Final in Colombo

India will host the maximum matches…29 in all across eight venues in India,including One Quarter Final in Ahmedabad,One Semi Final at Mohali  and the Finals in Mumbai at the completely rebuild,renovated and refurbished Wankhede Stadium in South Mumbai

Top Four Teams from each Group will enter the Super 8 Knock out Quarterfinal Stage…with A1 v/s B4,A2 v/s B3,A3 v/s B2 and A4 v/s B1….1 to 4 indicating the positions of the Teams in their Groups after the League Stage where each country plays six matches,one against each country in their Group…..If a host nation reaches the Quarterfinals or Semi Finals it will play this match in their own country at the designated venue…if two host nations are to face each other in a Quarterfinal or Semi Final then the match will be played in the country which has a higher ICC ranking at the designated venue

You can check out Ticket availability at

TFL and it’s arrested Promoter Vinit Kumar was yet again the News yesterday morning in the Mumbai Mirror …. the Mumbai Morninger from the Times of India Group was following up from it’s story of November 30,2010 that exposed the link between Kumar and the Home Ministry Mole Ravi Inder Singh

Yesterday press coverage breaks an Intelligence Bureau Report that links the barred scamster Ketan Parekh and his cronies and front companies to Vinit Kumar and Temptation Foods and the intended modus operandi to rig the share price of the Company….

…..and that Vinit Kumar was the middleman in the Telecom Scam !

And  Mumbai Mirror states that the  IB Report ,a copy of which they have in their possesion, states that 12000 conversations of Singh have been recorded over three mobile phones….those between Kumar and Singh reveal that Kumar was the middle man supplying Money and Call Girls to Singh in exchange for Sensitive Government Information…further, both colluded so that TFL could get to co promote the Rs 100 crs Food Park in Jangipur,West Bengal ……in this context it is amusing to read TFL’s clarification signed by  Mr Nimish Thakore,President of Corporate Affairs and Company Secretary….he denies that any benefit was received from Singh even though Singh was the Director of Horticulture,West Bengal and therefore also on the Board of the Food Park before he was deputed to the Home Affair Ministry  http://www.bseindia.com/xml-data/corpfiling/AttachHis/Temptation_Foods_Ltd_021210.pdfaes

TFL  closed at Rs 22 yesterday…a FV of Rs 10….If you look at the Valuation metrics,you’ll be excited

ANNUAL REPORT OF TFL FOR 2009/10….ATHERSTONE AMUSES WITH THEIR ‘TRUTH’ THEME !

I was intrigued….I usually am where Item Girls and Songs are involved !….so I took a bite of Annual Report of TFL to begin with !…. I actually laughed !….here’s why….

…..What a lovely designer Annual Report 2009/10…was completely seduced by it…have a look…you’ll be stunned too….the concept,content and design is by Atherstone who are Professional Consultants and Specialists in Investor Communications….title says 2007-08 but the Annual Report is for 2009/10 so go ahead and click

Atherstone surely must be trying to bury their heads in the sand!…their Annual Report Theme was ‘A TASTE FOR TRUTH’ !

Here are some marvellous gems from the Annual Report…even in the Report they are in Capital Letters and stated in big bold colours with each phrase hogging the whole Page !

Tony, Shambu & Swaroop….this blog on MOIL is in response to your requests….but will serve the interests of all readers

As expected MOIL IPO received overwhelming subscription….Issued at Rs 375 with a 5% retail investors discount……and as expected it listed quite marvelously on December 15….reaching a High of Rs 591 on BSE…reacting sharply to close at Rs 466….then yesterday seeking another Low of Rs 451 before closing at Rs 462

What Now ?….Does it represent a Buying Opportunity at Rs 462 or will it drop yet further closer to it’s IPO Price of Rs 375 ?….Should Allottees who have yet not sold and new buyers continue to hold MOIL ?

My clear sense is that at Rs 462,MOIL appears fairly valued….at 12 Earnings Multiples for FY 2011 Projected EPS of Rs 39…..I am more concerned with some serious risks that MOIL is facing

So what is MOIL doing to tackle these Risks ?

My sense is that MOIL applied some make up to it’s current year financials to look a little more attractive as it came out with it’s IPO ….Going Forward the Volatility in Prices of Manganese Ore based on the swings in Fortunes of the Steel Industry will guide Earnings….so keep an eye on the Price per tonne of Manganese Ore….last three years the cycles have shown average extremes of Rs 6500 to Rs 11600…MOIL’s scale of Operations is just a percentage of that of Giant NMDC….and thus MOIL’s Share Price  will reflect lower relative Multiples….at 12 times Forward FY 11 EPS,my sense is that MOIL is at present fairly priced….Any significant deviation from projected PAT of Rs 650 crs this year will impact MOIL’s Share Price….An Earnings Multiple Range of of 10-15 is being established….Share Price will move past Rs 550 only if there is a sense of higher earnings than Rs 650 crs this year and markets will then sustain higher PE Multiple of 14 and 15…On the downside the IPO Price of Rs 375 can be touched if actual PAT drops into the Rs 500-Rs 550 crs range for FY 11,offering an EPS of Rs 30…likely if it has to expense 26% of profits for rehabilitation as per the new Bill Proposed  read more