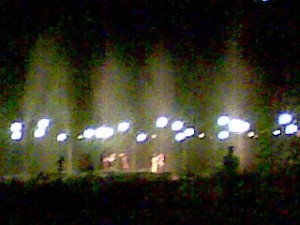 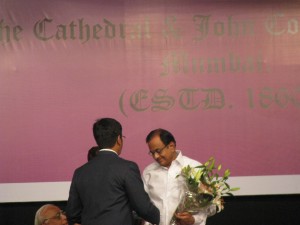 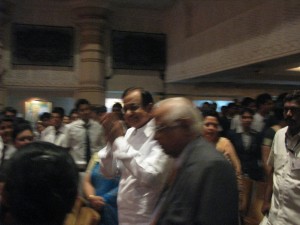 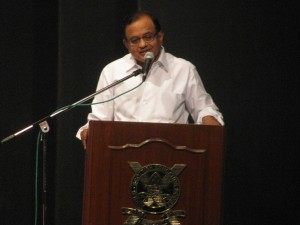 TGIF….began with a first time ever ‘Raindance’ at the Club Bar Night on Friday….great music,great ambience,great food spread by ‘Culinary Catering’…Starters and Burmese Khow Suey…. and ‘Maroosh’…Kebabs and Wraps…. and the Club…Biryani and Pao Bhaji…..and some great crowd of 1000+ streaming in even past midnight……so there we were mingling with the 20 somethings…average age would be in the 20s…quite a few of us did our bit to raise it by being there !…. was warned,though did not heed, by my 20 something son “Go early and come back early !…don’t be there when I’m there !” ….my wife did have a comment or two to make on the young women at the scene….. on their dress sense,or rather a lack of it, and that drinking and smoking does not appear taboo any longer….hip and hep and happening and normal actually…..and guys don’t seem to mind all of this ofcourse !…..It’s Wet,Wicked and Wild !…..well within decency norms though….though the definition of decency norms are relative…. the inside airconditioned pub and dining room were packed tot the hilt… but the outside Main Lawns and Patio was the place to be…..It was Pouring,though superb arrangements were made for artifical rain too…eight shower hoses hoisted on long poles ,four on either side of a makeshift wooden dancefloor,to protect the grass, across the width of the Main Lawns leading to the Golf Course where tankers feeding the hoses and hidden from view were parked……and my friend and I were the first to hit the Raindance Area…Thoughtfully huge Club Towels too were provided….was Fun,though we exited just past midnight leaving the place to younger revellers to enjoy till the wee hours…was introduced to a Catamaran Owner…an interesting ‘Hangover’ movie type of guy…he’s wants to build a Marina at Alibag…currently his Boat is anchored at the Gateway…airconditioned and can carry 15 easily….says he sails to Goa on just the wind and no fuel consumption…just fuel otherwise can set one back by a lakh on just one trip by a yatch….though right now the sea is off bounds due to Monsoon setting in

On June 11,1998, my Dad passed away at Home at age 68….so yesterday,Saturday was his 13th Death Anniversary….Time simply flies…or does it really stand still…..seems like just yesterday he was playfully jesting with us and quietly trying to sneek that chocolate into his mouth without Mom realising it !…What a Man….What a Dad….Content with Life’s simplest pleasures and doted on all of us……May his Soul rest in Eternal Peace….lit special diyas for him early morning and again in the evening

Love you Dad….Really miss Mom and You on some days more than others….know you are there with us in spirit…we remain truly blessed….but there is a physical vacuum on earth in which the miracle of your shining light keeps us illuminated in warmth and comfort

Then Saturday morning we had to be in our seats by 9.40 am at the Birla Auditorium near Bombay Hospital in Marine Lines,South Mumbai for the Annual Speech Day of daughter’s school….the Chief Guest was our Home Minister,Mr P Chidambaram….and so there was heavy security……it was pouring,so we though he might be late…but right on schedule he was led in by the School’s Board of Trustees and the Principal and her Top Team at 10 am…..the Speech day is normally an April event…but was pushed to June this year…On this day all students from Std V to Std X11,who have earned Honours in both their examinations in the School Year are awarded the Certificates…My Daughter has always been a Honours Student…but this time,though she got an Honours ion the Finals, she missed overall Honours as she missed the first comprehensives as she was away at the India Selection Camp where she was finally selected as Vice Captain of the India u 16 Womens Football Team and represented India in Jordan for the FIFA World Cup u 17 Qualifiers…..so we were Special Invitees…….The Medals and Trophies are reserved for Std XII achievers….Mr P Chidambaram gave these out and left on cue at 11.25 am after which the certificates were distributed by the Trustees….in his short ten minutes address,the Home Minister congratulated the School on celebrating 150 years…he spoke on three issues…India’s Human Resources are making a mark worldwide,Creating Wealth is no longer an evil or ignoble venture and on allievating Poverty….by 2050,he was confident we would allievate Poverty entirely….because unless there is Financial Inclusion,any Growth is meaningless…and India is growing powerfully year after year…he was confident that India which registered GDP Growth Rates of a high 8% even in the tough 2008/9 Year  and over 8% in subsequent years will register 9% this year,second only to China…oh! he did ask us to believe that there are Honourable Men in all Fields,including Politics……The Principal too gave a shorter address than she does normally…….when we exited just past Noon,it was pouring cats and dogs and we got drenched just crossing across to our car….visibilty was tough in the pouring rain…picked up the great value for money Rs 75 Panchvati Gaurav Packed Lunch meals for home…as our car was parked right outside this…..

Uncanny,but Snoring on a Sunday sounds more relaxed….I deny I do,but Wife tells me I do and it is does !…..and at 8.15 am a close friend calls to say “Get ready for Idli ,Rasam vada and Dosa at Matunga”….was simply too lazy to get out of bed even for this !….now it’s past 3.30 pm and I’m happily watching my parrots and squirrels and sparrows enjoying the Peanuts and Rice Grains,that they literally reminded me for earlier by screeching and twittering away…. I got up late today,so was late serving them !

Now ! it’s time to serve myself a late lunch !