Just returned from the rebuild Wankhede Stadium Mumbai after witnessing some part of the New Zealand & Canada tie in the World Cup !

Get The Latest Updates

No spam, notifications only about new products, updates. 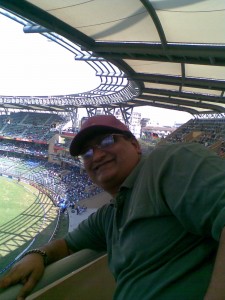 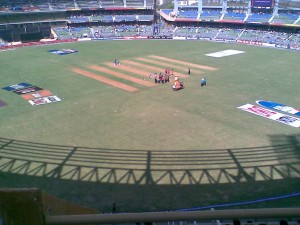 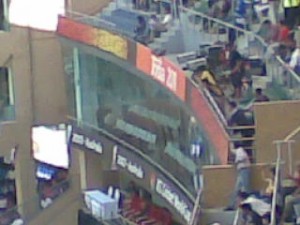 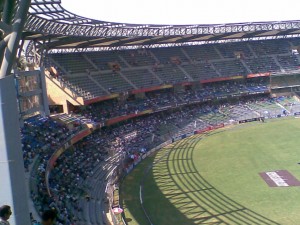 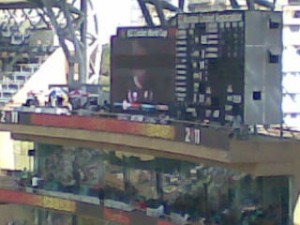 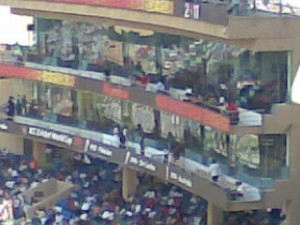 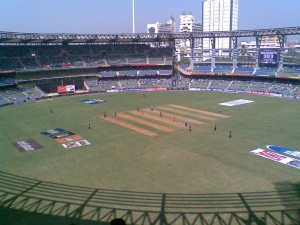 We had tickets for Level 1 and 3 of the Garware Pavilion on the South side,besides the Commentators Box,and VIP Stands…We checked out Level 1 first…. too low and not too good a ground level view …..Level 2 is the best view…..but we had Level 3 tickets……Superb Aerial and Angular View of the whole ground…but a bit too high up….. there are bucket seats…but terribly dusty and dirty….the finishing of the flooring and the steps is poor and they remain rough and have not been levelled well…I found the steps a bit scary…too small and you ascend them you nearly hit your head on the bars handles that are at the beginning of each row….and when you descend be warned !….one trip or tumble and you will fall dangerously down….thankfully there is a Schindler Lift that you can take up to Level 3…it accomodates 10 people or 800 kgs…but there may be a Q on crowded days…..you need to go down a level to get some Drinks..only Pepsi… or Wafers…only Lays or Kurkure….Rs 25 and Rs 15 each respectively…Bottled Water too is available……you need to go even further down for some more variety of food…the bathrooms are clean and look decent because they’re new…hope they are maintained….picked up a World Cup Cotton Black T Shirt for Rs 500 and a Back pack for Rs 200 at the Souveniers Stall on the way out…..Caps cost Rs 400 and a Hat costs Rs 600..Polyester T Shirts cost Rs 900….World Cup T Shirts are in two colours White and Black…India T Shirt is in Blue….Took a Cab as No parking is allowed within a km either side of the Stadium…today was not crowded…mobiles were being allowed…took a few mobile snaps..posted them above

Though the crowds today were probably below 15000 in the stadium of capacity of 33000 the atmosphere was fun….Between Overs the superb Sound System with speakers all over the Stadium belted out hot Bollywood Hits plus the World Cup Song….there were two different professional Dholak Groups or ‘tashas’…one in the East Stand and the other in the West Stand…whipping up some frenzy in the spectators at every four or six or when a wicket fell….a live host acted as a cricket commentator of sorts and announced on the spot competitions and made some fun announcements…though India was not even playing chants of “Sachin! Sachin !” rent the air…..the North Stands and East Stands and a good part of even the South East Stands seating ICC and other VIP Guests or Invitees bore the Sun rays for a few hours…In Level 3 in the Garware Pavilion the Sun’s rays hit us only a brief few minutes around 4.45 pm from behind as it set

You cannot live a ‘Live at the Stadium’ Experience in your Living Room or even the nearest Pub or Bar watching it on TV…..you simply cannot feel the ‘vibe’….so if you do get a chance to experience a Big Match at a Cricket Stadium,just don’t think twice about it !…Just Go !…and it does not get any bigger than a World Cup Final…hoping with India in it !

Cheers !…awaiting now the New Zealand v/s Sri Lanka tie now at Wankhede Stadium on Friday, March 18,2011…It’s a day & night match and I expect a near full or full capacity ….and then the Finals on April 2,2011…Hope It’s India in it and wins it !

2 thoughts on “Just returned from the rebuild Wankhede Stadium Mumbai after witnessing some part of the New Zealand & Canada tie in the World Cup !”

No spam, notifications only about new products, updates.
On Key