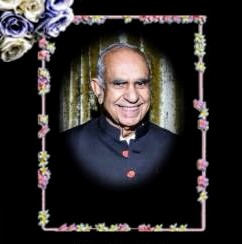 We had not met in years but he always remained at the top of my mind when it came to testimonials for this is what he had said to me over a decade ago,when urging me for Stock Recommendations, at one of our brainstorming sessions at our Annual BSE Training Institute Faculty Weekend Retreats , this one at The Retreat at Madh Island ,and that too in front of forty leading names of our Equity Markets like Ramesh Damani & Nilesh Shah

This has got to count as one of the best compliments I have ever received till date !

Fondly called ‘Gorilla’ instead of ‘Gerela’ by some broker members of the BSE,I distinctly remember Mr Gerela quietly coming in to sit for a while at few of  my BSE Fundamental Equity Valuation Sessions on the 18th and 19th BTI Training Floors of the Jeejeebhoy Towers that houses BSE to see if he could catch an idea or two that I would showcase as a case study ~ he ,like so many others,had latched on to Matrix Labs Valuation in my sessions early on at Rs 25 in July 2001 and which became my second 100 Bagger ,after Wipro,by soaring 12000 % or 120 x in five years of 2001 to 2006.It since was taken over by Mylan and delisted ~ Oh ! yes even Rakesh Jhunjhunwala later entered Matrix Labs at Rs 200 picking up a million shares ,200k for wife Rekha and 800k for himself

Will always remember you Mr Gerela ~ thanks for the compliment

Strength to your grieving family to bear this loss

Just read that R Ravimohan resigned as the Managing Director and Region Head of South and SouthEast Asia of Standard & Poor’s and as Chairman of Crisil to pursue another very good opportunity in India, which he will disclose in due course

Brought back a lovely Memory of a few years ago… It was a Function where Certificates were to be awarded to a Batch of the CPCM Students at the BSE Training Institute (BTI).

R Ravimohan was the Chief Guest…. The GM of BTI asked the Class, whether there was anything anyone wanted to say about the three month CPCM Course that they had passed… A CPCM participant had got up and said “What I learnt from Gaurav Parikh’s three sessions, I have not learnt in my three years of pursuing the Commerce Degree !”

R Ravimohan had then asked for me, but I was not present that day… This was immediately relayed to me by the BSE BTI Course Coordinators… It is indeed such appreciation that serves as a motivating factor…. Later Crisil had invited me to deliver sessions at their Wealth Management Workshops… but it was more probably because a BSE BTI Coordinator had moved to Crisil !