In Normal circumstances the marriage of an Indian Tennis Star and a Pakistani Cricket Star would have inspired many such similar alliances across our borders….but these are not Normal times….26/11 has driven the nail in the coffin of distrust and doubt that was born when Pakistan itself was born out of India in 1947

Today,with Shoiab Malik also sadly turning a volte face,and admitting to an earlier marriage to an Indian Girl from Hyderabad too and agreeing  for a divorce,brings alive the vivid memory of routine turnarounds of statements made by Pakistan’s Political leaders post the tragic 26/11 Mumbai Terror Attack

Pakistan itself is facing huge internal challenges and strife…the civilian people are very warm…on paper,the country has a civilian rule…but in reality the Military calls the shots…such a situation will never allow for a genuine Peace Process with India…the distrust runs too deep…complicating matters are USA’s dependence on Pakistan to fight the Taliban and the Terrorists that are using that country’s soil,sympathy,domain,natural habitat and infrastructure to survive and breed….China’s support to Pakistan is visibly seen in the flexing of muscles and some tough blunt talk from Pakistan’s Political Leaders

So there’s no Love Lost between India and Pakistan…but we find our Stars,Sania and Shoiab lost in Love !

Alright so we have lost Sania to Shoaib…but I daresay,we had lost Sania in Tennis a long time ago !….ofcourse,huge credit to her for her Tennis achievements so far,but she had excited all of us to to expect more of her…she had become the heartthrob of our nation…endeared herself to all…..we prayed that she would reach the Top Ten in Singles in the World….but regular Injuries,her falling back on doubles and mixed doubles,rather than pushing the envelope in Singles,her touch of impetuousness and hint of arrogance,her taste of material wealth through endorsements …all appear to have contributed to her not being able to tap her tennis potential to the maximum…maybe she has her limitations,like we all do, and was never really cut out to make the Top Ten

...Now by declaring her Heart to a Pakistani,Sania ,even if she asserts otherwise,has made a political statement….Relations between India and Pakistan have always been sensitive….and intensely so after Kargil and 26/11…Sania & Shoaib’s love for each other will be viewed and opinions created within the Walls of this ongoing Conflict between the Nations…. read more 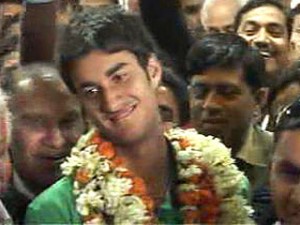 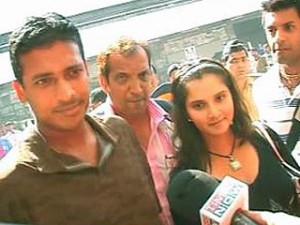 It was truly Inspiring,joyous and heart warming to see India give a rousing welcome this morning to Yuki Bhambri.our Junior Australian Open Tennis Champion, at the New Delhi Airport and Sania Mirza and Mahesh Bhupathi,our Mixed Doubles Tennis Champions at the Australian Open,at the Mumbai Airport

Thousands of Indian Youth will surely be inspired and motivated to take up Tennis seriously..and I hope Sponsorship and Enhancement of Tennis Facilities will come forth smoothy from the Corporate Sector and the Government