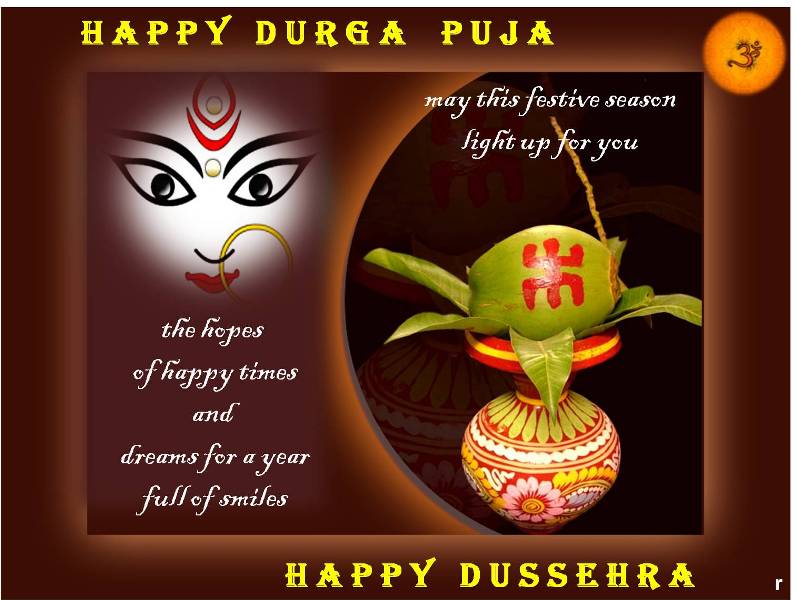 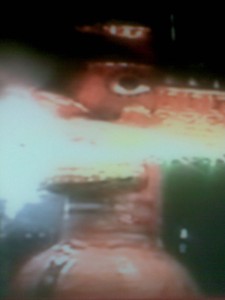 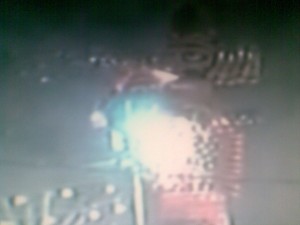 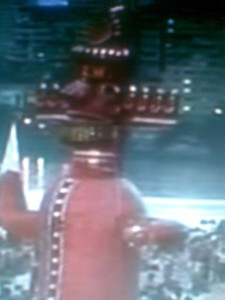 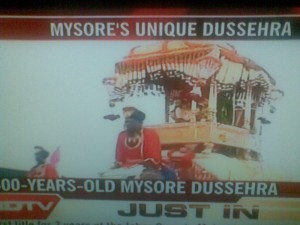 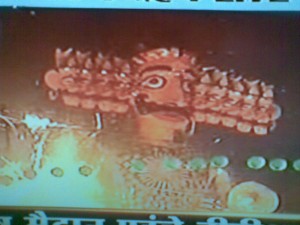 To signify the Triumph of Good over Evil and to Destroy and Kill Arrogance and Evil ,Effigies of Meghnatha,Kumkarna and the ten headed Ravana are being set alight in this order at Maidans all over India ….captured some of this on my mobile camera from Live TV….at Subhash Maidan in New Delhi at 6 pm where all our governing Political bigwigs of the Capital were present…President,Vice President,Prime Minister,CM of New Delhi,Chairman of the Congress Advisory Council…..they set Doves and tricolour ballons into the air to express peace and solidarity and joy…soon after the Effigies were set alight….some of these bigwigs then drove to the famous Ramlila Maidan where at 7 pm the effigies were set alight…In Mumbai at Chowpatty beach the effigy of Ravana was set alight at the same time

Now we’re all set for the Big Festival of Lights,Diwali and the Hindu New Year in the first week of November